Her er vår Sensei Paolo Bolaffio sin definisjon på hva Makotokai Karate innebæerer: Makotokai means simply “Makoto group”. It is characterized by freedom of thought, it doesn’t consider karate unchangeable and equal to itself. It wants to be a symbol of speed, strenght, agility and stability. Since the experimentation of Makotokai has begun, display of joy of doing, enthusiastic feelings, aptitude for sociability and satisfaction appeared. Pursued primary targets are total wellness of the individual, effectiveness in action as like as searching ability of everyone without myth of extreme spirit of self-sacrifice. The practice of Makotokai requests body contact among the trainees, made softly (Sonkey) or against the punching-bags if it is done by strenght. Practised Exercises consist of breaking materials (Shiwari) starting from the beginners level. Everything for learning a total control of shots that are always balanced in strenght and exact in the target. So without any possibility of getting hurt and getting hurt himself during the practice, but with the choice of getting hurt when it is necessary for self defence. Until now karate was characterized by being a fighting sport that shot anything, diveded between fundamental techniques and practice, so a little effective in reality and most dangerous in match. For this reasons a lot of trainees have changed discipline for having more satisfaction. Now there is the intention to correct these mistakes. I invite you to a trusting change as like as back to the effective techniques by a correct practice of fighting with protections, the right training, the Kihon, the Kata and the breaking techniques. With these targets, Makotokai Style wants to revitalize karate by coming back to the original practice by giving to trainees their satisfaction.

Her finner du detaljert oversikt over alle instruktørene i klubben 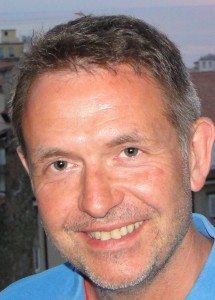